Britbox to live-stream royal wedding in US 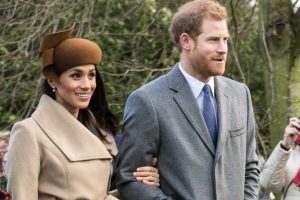 The wedding special on May 19 will allow US viewers to watch ITV’s broadcast of the wedding celebration live.

Anchored from a specially constructed studio on the Long Walk in Windsor, the live stream will begin on BritBox at 10:30am BST and will also have time shifted streams for EDT and PDT viewers.

In addition to the live coverage, there will be a one-hour highlights show available soon after the event concludes. Also, BritBox has commissioned two programmes that will have their premieres in the week leading up to the wedding – Meghan & Harry: A Revolutionary Romance and WEDTalks: The BritBox Wedding Watchers Guide.

Furthermore, BritBox is also taking the Royal celebration to the big screen – the first time there has been a theatrical release of a Royal Wedding.  Harry & Meghan – The Royal Wedding, will be available to US movie theatres across the US on May 19th in partnership with Fathom Events.

“BritBox will be the ultimate destination – for streaming and now for the first time in theatres – to enjoy the nuptials in true British style,” said Soumya Sriraman, president of BritBox.

“In addition, we’ve curated a line-up that not only gives viewers a behind-the-scenes look at the wedding, but also gives fans a view of the soon-to-be married couple and the Royal Family.”