Just 3% of UK adults listed watching videos as a top priority when using their mobile phones, according to YouGov research 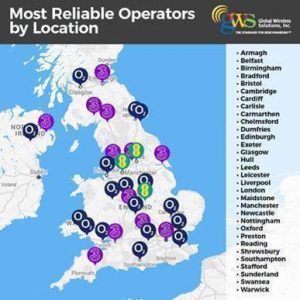 The study, conducted by YouGov on behalf of US-based mobile network testing company Global Wireless Solutions (GWS), found that the most important phone functions for UK adults were making calls at 69%, texting at 53% and browsing the internet at 43%.

The most common network problems encountered by consumers included text messages not sending (28%), websites or apps not loading (35%), calls not connecting (22%), and calls dropping mid-call (20%).

In terms of where consumers struggle the most when connecting to their mobile network, the research found that 25% reported issues on trains, 22% struggle at home, 18% have difficulties in shopping centres and 13% have issues at work.

“Our testing showed that all operators currently provide mobile internet quick enough to stream a video from Netflix, but the real issue is which network will let you call, text and browse the internet most reliably,” said GWS CEO Paul Carter.

“Consumers have told us that the persistent issue of mobile signal not-spots around the country is clearly infuriating them. Our testing shows that local authorities in big cities like London and Birmingham need to work more closely with network operators to ensure network coverage is not being held back by red tape.”

YouGov and GWS worked together to conduct focus groups and poll over 2,000 UK adults between November 2017 and February 2018.