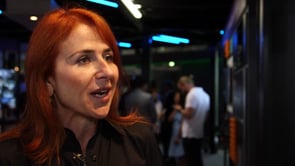 Romano, who will join the company on July 1, will report to CEO Amos Genish. She previously headed up Ericsson’s TV and media division before taking over as head of the technology outfit’s core networks division, focusing on the development of connectivity services linked to mobile broadband using 5G technology.

At TIM, she will be responsible for ensuring technological innovation, evolution of the networks, and for the IT required to support TIM’s digitisation process at group level.

Romano’s appointment follows a series of senior hires at TIM including the recruitment of Stefano Siragusa as head of network infrastructure, Riccardo Meloni as head of human resources, and Pietro Scott Jovane as head of commercial.

The latest appointments come at a time when the future strategic of TIM hangs in the balance, against the background of an ongoing battle between the company’s largest shareholder Vivendi, which effectively controls the management direction of the company, and US hedge fund Elliott Investor and other minority shareholders, who wish to spin off the company’s infrastructure arm as part of a plan to “unlock shareholder value”.

Earlier this week vivendi secured the confirmation of Genish’s appointment as CEO ahead of a shareholder meeting next week when a new board will be elected, with Vivendi and Elliott supporting rival slates of candidates.