KPN sees IPTV base rise as DTT base falls 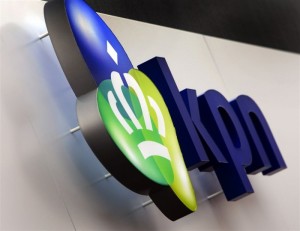 Dutch telco KPN grew its overall TV base by 1.6% year-on-year in the quarter to March, taking its total to 2.3374 million.

Growth of 4.8% in KPN’s IPTV base, which now numbers 2.127 million was partially offset by a 19% decline in its Digitenne digital-terrestrial and analogue TV customers, now numbering 248,000.

KPN’s overall TV market share remained stable at 32%, compared to 40% for broadband and 42% for fixed telephony.

The latest figures came after KPN redesigned the user interface of its IPTV app to offer a fully integrated TV experience on all devices. The 10,000 IPTV customers added in the quarter compared with an 8,000 reduction in its broadband base, attributed in part to a reduced level of promotions and emphasis on value. ARPU per home increased by 3.5% year-on-year.

“Over the past few years, KPN has successfully refocused its strategy on The Netherlands and concentrated on putting customers first. Both are moves which I, as the incoming CEO, fully support. The Netherlands benefits from having high-quality networks and at the same time the Dutch market is one of the most competitive markets in Europe,” said new CEO Maximo Ibarra.

“In this environment, KPN has shown success with bundling of services and has already made good progress with its Simplification and digitalization initiatives, resulting in substantial quality improvements and savings. That said, we believe there is significant scope for further improvement through increasing the digitalization of our business, driving cost savings and potential new revenue streams.”