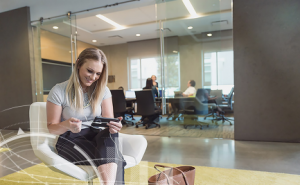 Growth in viewing time on Apple TV devices in the first quarter of this year outpaced all other devices by almost two times, according to data analytics outfit Conviva’s All-Screen Census Report Q1 2018.

According to statistics from Conviva’s customer base, Apple TV saw 709% increase in viewing hours year-on-year in Q1. During the same period, viewing on Roku devices grew by 87%, while its share of total viewing times dropped by 3%.

Overall, viewing hours of internet-delivered video across mobile, connected TVs and desktop screens grew by 114% in the first quarter over the same period last year, with the total number of viewing hours reaching close to five billion.

That figure compares with 12.6 billion hours recorded for all devices over the entire course of 2017, as measured by Conviva’s 2017 OTT Streaming Market Year in Review report published in January.

Conviva’s report found 765 million publisher-branded applications across unique devices in Q1, up 6%, while the number of plays grew by 98% to over 14.5 billion. The number of peak concurrent plays – the peak number of simultaneous plays at any given second – reached 5.49 million, up 70%.