Rod Henwood to head up strategy for Ink Factory 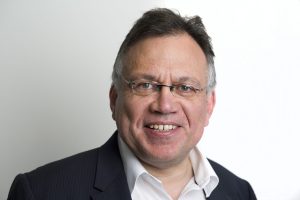 Henwood will be responsible for strategy, partnerships, story-world development and marketing. He will also take a seat on Ink Factory’s board of directors.

Former CEO of Zodiak in the UK, Benelux and India, and a key player in the launch of both Channel 4’s 4oD and JK Rowling’s Pottermore, Henwood has a track record of digital and intellectual property innovation, and has held key roles within organisations including ITV, Channel 4 and Fox Kids.

Henwood departed his role at Zodiak, leaving in November 2016, following its €1bn merger with Banijay Group in February of that year.

Simon and Stephen Cornwell, co-founders of The Ink Factory, said: “Rod is a trailblazer in the entertainment world, and it is great to have him join our ranks. We are thrilled that Rod is transitioning to a full-time role at The Ink Factory, where we have been benefitting from his brilliant commercial guidance for some months already.

“As we continue to rewrite the rules as an independent studio and explore new frontiers of storytelling, we are delighted to have him at our side.”

Henwood continues to serve as chairman of InQuisiTiVe Media, an on-demand television and games company specialising in creating and packaging intelligent quiz shows for the discerning viewer and founded by Henwood alongside Nick James and Marc-Antoine d’Halluin in 2017.