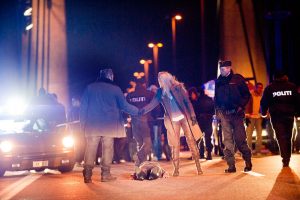 The adaptation will air on Viu in late 2018 and is set to become ESG’s first scripted content project in Asia for an OTT service.

It is expected to shoot in July and begin airing in Malaysia and Singapore later this year.

The Bridge original has aired in more than 188 territories and spawned localised remakes in the UK, France, US, Mexico, Germany, and Russia.

It follows the story of a body that is found on the border of two countries, forcing an investigator from each country to work together to solve the case. The border will be between Malaysia and Singapore in the latest adaptation.

The title was originally created and written by Hans Rosenfeldt as a joint production of Sweden’s Filmlance International, part of Endemol Shine Group and Denmark’s Nimbus Film.

Cathy Payne, chief executive of Endemol Shine International, said: “Partnering with Viu is a natural fit for us, given it’s the leading OTT in Southeast Asia. We expect the premium format of The Bridge to resonate strongly in this region.”

Viu’s wider strategy is to both deliver local content and also to tailor international content formats for its local audience, according to the company.

“Today’s news is in that same vein and we believe that working with Endemol Shine to tell this gripping story, while also making it uniquely our own, will captivate our viewers.”