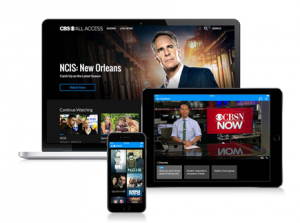 CBS All Access, CBS’ SVOD service, has launched in Canada marking its first expansion into an international market.

They can also access CBS’ original series such as The Good Fight and comedy series No Activity, with more to be announced.

CBS All Access also contains over 30 classic series such as Charmed, The Good Wife, Hawaii Five-0 and CSI.

It is available on iOS and Android mobiles and tablets, and on Apple TV and Chromecast. It will be launching on other connected devices in Canada in the coming months.

“The launch of CBS All Access in Canada is a significant milestone for the service,” said Marc DeBevoise, president and chief operating officer, CBS Interactive.

“We’ve experienced incredible growth domestically and see a great opportunity to bring the service and CBS’ renowned programming directly to international audiences across a range of platforms and devices. We look forward to continuing to expand CBS All Access across additional platforms, with even more content, and bringing the service to other markets around the world.”

CBS: All Access hit Star Trek: Discovery, is currently distributed by Netflix in a number of international markets.