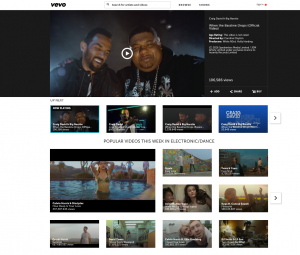 Head of product Mark Hall followed earlier this year, leaving to become vice-president of product and strategy at Bandcamp.

Nunes, like Huggers, is a former BBC staffer, having held a number of roles at the company, including head of media services –  a role that saw him work on the iPlayer between 2008 and 2010.

After this Nunes worked at YouView and then at social TV app Beamly – a service that was first known as Zeebox before it was rebranded. He joined Vevo in 2015.

News of Nunes’ departure was reported first by Variety, which said that subsequent to his exit Vevo has also made cuts across its product and engineering teams.

“This decision allows for greater focus to drive increased growth in the promotional and commercial value of videos,” a Vevo spokesperson told Variety.

Vevo was founded in 2009 and is a joint venture between the big three record labels Universal, Sony and Warner Music Group. Vevo makes music video content available on YouTube and its own platform and apps and claims an average 25 billion video views per month.