Altice France has completed the acquisition of NextRadioTV following approval of the deal by French media regulator the CSA.

Altice, which had previously acquired a 49% stake in NextRadioTV in 2015, is now 100% owner of the group, which was founded by the current Altice France CEO Alain Weill. 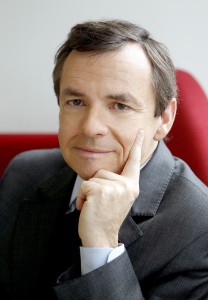 The acquisition brings together cable and telecom operator SFR with the TV and radio services of NextRadioTV, which include BFM, RMC, Numéro 23 and SFR Sport, as well press titles Libération and L’Express.

Altice made a number of concessions to secure approval, principally relating to programming diversity on Numéro 23. The company said it would ensure that presenters on the channel better reflected the diversity of France’s population and committed to provide at least 100 programmes to be aired in the early evening including a representative of diversity. It also said it would air magazine or documentary programmes at least once a month related to diversity issues, as well as making a number of other commitments.

Content has been a core part of Altice’s strategy for its struggling French operation. In the wake of the company’s poor Q3 results last year, which resulted in a precipitous drop in the company’s share price, then CEO Michel Combes said that investing in content would provide “a more differentiated service” that would bring customers back, and added that the group saw “churn reduction among customers taking content bundles”.

Earlier this year, NextRadioTV indicated that it planned to follow in the footsteps of national commercial channel providers TF1 Group and M6 Group and demand retransmission fees from telecom operators, leading Maxime Lombardini, CEO of Iliad Telecom/Free, to call on the government and regulators to prevent channels that were free on digital-terrestrial TV from demanding payment from operators.