Film production and financing company K5 Media Group has invested White Rabbit, a firm that aims to use blockchain technology to change how viewers pay to access films and TV series. 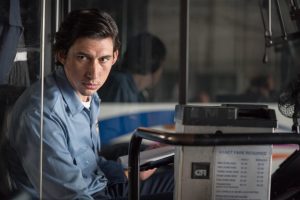 White Rabbit is a browser plugin that recognises content being streamed peer-to-peer and allows fans to pay the rightsholder directly, without needing to pay for multiple streaming subscriptions.

K5 co-founder Daniel Baur will join the White Rabbit advisory board and K5 will provide access to its collection of more than 50 films, growing White Rabbit’s global content library.

“I have been actively searching the blockchain space for over a year, looking for companies that can have a massive impact on the film industry,” said Baur. “With White Rabbit, I saw a product that properly integrates blockchain and embraces the existing entertainment industry and fans in a unique way.”

Film producer Alan Milligan founded White Rabbit in 2017 in an effort to solve “the failing business model of digital distribution of film and television” and to make content legally accessible to everyone.

White Rabbit works using a blockchain-powered token system. The company is currently taking pre-sale applicants for its token sale with plans to issue these in the second quarter of 2018.

K5 is behind films like Paterson, a Jim Jarmusch-directed and Adam Driver-staring drama that was co-financed and produced by Amazon, and ANON, a film starring Clive Owen-starring that is due to premiere worldwide on Netflix in May.

K5 International, a division of K5 Media Group, made the financial investment. Terms of the deal were not disclosed.