BT makes The Terror available on YouTube in UK first 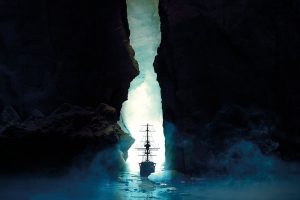 BT is giving the public a chance to watch the first episode of AMC’s thriller The Terror for free, live on YouTube next week.

The first episode of BT TV’s The Terror will be available for 24 hours from 00.01am on April 24, for anyone in the UK, with a double episode also available for free on the AMC channel.

This is the first time a pay-TV show has launched in the UK on YouTube before it was broadcast on television, according to the company.

To create anticipation ahead of the show’s launch, fans have already been “recruited” as crewmates via a Facebook Chatbot with Captain Sir John Franklin, with the reward of gaining early access to episode one on YouTube.

All ten episodes will be exclusively available on AMC for BT’s customers.

Tony Singh, content director at BT TV, said: “We’re hugely excited about The Terror, with a stellar British cast and absolutely thrilling production that will have you hopping from the edge of your seat to behind your sofa.

“Just like Sir John Franklin, BT likes to break new ground and we are delighted to partner with our friends at YouTube to take the first episode of The Terror to everyone in the UK.”

Inspired by a true story, The Terror centres on the Royal Navy’s perilous voyage into uncharted territory as the crew attempts to discover the Northwest Passage.

The series is produced by Scott Free, Emjag Productions and Entertainment 360 in association with AMC Studios.