Under the terms of the deal, TIMVision will also participate in co-production of new films together with other players in the market, and possibly in distribution of films it co-produces.

The deal will see Vision Distribution distribute at least one title per year of those produced by TIMVision. 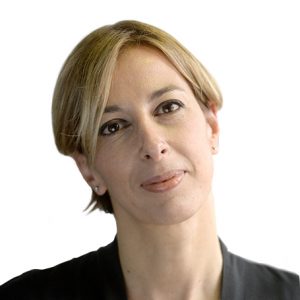 The first movie distributed on the TIMVision platform as a result of the agreement – Come un Gatto in Tangenziale (Like a Cat on a Highway) – will be available to subscribers from today.

This will be followed in May by Nove Lune e Mezza (Nine and a Half Moons), La Casa di Famiglia (The Family Home) and Il Premio (The Prize).

This summer will see the arrival of Sconnessi (Disconnected) and Lo C’è (I’m There).

“This important agreement confirms our constant commitment to the TIMVision offer that leads us to invest in the best-loved cinema and the best creativity of Italian production. It is another new project that joins our route dedicated to digital distribution and the co-production of films. Thanks to Vision Distribution, a young, innovative market operator, our customers will be able to see Italian blockbuster films in advance, just a few months after they are released in cinemas,” said Daniela Biscarini, head of multimedia entertainment and consumer digital services for TIM.

“Today Italian culture industry faces a great challenge: that of innovating its business model to construct new opportunities by which to enhance the extraordinary creativity and talent our country has to offer. This agreement does exactly this: effectively creating a new ‘window’ of rights that had not previously existed on the market, and showing that different companies can work together, guaranteeing incremental growth across the chain,” said Andrea Scrosati, president of Vision Distribution.

Vision Distribution managing director Nicola Maccanico meanwhile said that the deal confirmed her company’s “desire to challenge the established models” and highlighted that the company’s movies had to “be able to reach the broadest possible audience”, including outside of theatrical distribution.