Some 9.5 million French viewers now watch online or catch-up TV daily, according to the latest study of audience habits by ratings agency Médiamétrie. 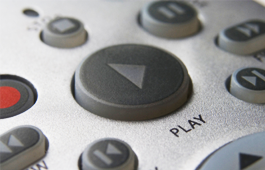 The 9.5 million figure includes viewers using catch-up services on the main TV screen. According to Médiamétrie, 4.4 million French viewers aged four and above – or 7.3% of the population – now watch TV on a computer, smartphone or tablet, either live or via catch-up, each day, up 10% year-on-year.

The sites and apps operated by the country’s TV channels represent 46% of the time spent watching TV on the web, according to Médiamétrie. French viewers are increasingly turning to mobile screens to view content, with 5% using their mobile devices to view TV each day.

Overall, 12.3 million viewers, or one in five of the population, watch either catch-up, on-demand TV or online TV across all screens daily, up 41% year-on-year, according to Médiamétrie.

The proportion rises to one in three among 4-14 year-olds. This younger age group, which represents 14% of the country’s population, represents 34% of online TV viewers, 21% of users of catch-up services and 16% of VOD and SVOD users, according to the ratings agency.