European TV accounts for just 21% of episodes on SVOD services 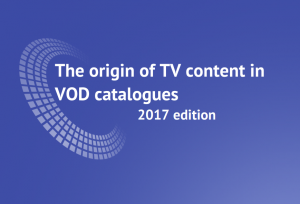 The European Audiovisual Observatory study said that among this European content, national TV shows represent the majority of episodes on transactional video-on-demand services (63%), but a minority on SVOD services (19%).

There were also discrepancies between different national versions of multi-country or pan-European services. For instance Netflix was found to offer 464 unique titles with 13,749 episodes in Italy, but the aforementioned 1,253 titles and 33,736 episodes in the UK.

“Horizon is a particular case offering 15 unique titles that account for 263 episodes in the Czech Republic, while on Horizon in Germany, with 17 unique titles the service reaches 2 674 episodes. This is due to the German catalogue being mainly composed of long-running German series,” according to the research.

The report covered 90 VOD country catalogues corresponding to 23 national VOD services/catalogues and 12 pan-European and multi-country services that add up to 67 different catalogues.