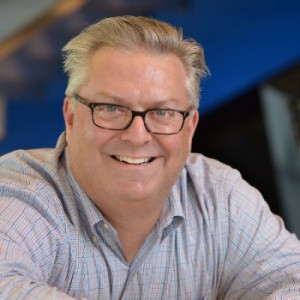 Continued growth from emerging markets, including from platforms targeting the diaspora market, and the emergence of linear OTT services can provide opportunities for satellite operators to continue to stay relevant in the video business despite an overall trend towards IP delivery and away from broadcast, according to Rob Cerbone, VP and general manager of media services at Intelsat.

Speaking to DTVE at the NAB Show, Cerbone said that Intelsat was looking at ways of developing its partnership with Dejero, which is focused on satellite newsgathering, to support broader video distribution applications via a hybrid infrastructure.

Cerbone said Intelsat was seeing more linear distribution from OTT players, where satellite had a role to play because terrestrial CDN delivery is still not as reliable as satellite. “We are looking at more of a hybrid strategy. We have a fibre network connecting our teleports. We could expand that for distribution on the terrestrial side,” he said.

Dejero CellSat could be extended to support distribution with satellite “blending in”, said Cerbone.

He said there are some requirements for robust video delivery that the use of terrestrial networks struggles to meet. “Linear OTT currently is challenged in the first mile and last mile, so Intelsat can play a role there,” he said, adding that Intelsat is well-placed relative to satellite competitors because it has “a stronger terrestrial fibre network from any of our competitors”.

Emerging markets are also seeing growth in video delivery over cellular networks, which are challenged to support this, meaning there is an additional opportunity to provide satellite backhaul.

Cerbone said that Intelsat’s media business was still its largest revenue earner and that this is likely to continue to be the case for some time. “Video is relatively stable. The reality is it is not going to die for years. The end customers are not sure where the market is going because of OTT and so on, but they are struggling with some of those business models as well,” he said.

Ahead of the NAB Show, Intelsat launched a Ku-band multi-channel per carrier (MCPC) platform on Intelsat 10-02 for video distribution in central and eastern Europe as part of the IntelsatOne terrestrial network, and announced that Canal+ was launching additional services on the customised DTH platform for the Caribbean region on IS-35e satellite, one of the operator’s new generation of EPIC high throughput craft, taking advantage of the higher power available to deliver additional services using the same capacity as before.

“There is a lot of interest in expansion in central and eastern Europe and Inteslat is expanding its capacity in that area. There is demand for taking channels in to that region from elsewhere,” said Cerbone. Of the Canal+ expansion, he said that the capacity of the EPIC satellites enabled customers “to do more with less”.