US broadcaster Sinclair could develop skinny bundle and SVOD offerings

US broadcaster Sinclair Television Group could look to develop its own virtual MVPD platform and ultimately develop a subscription video-on-demand offering to counter emerging challenges to over-the-air broadcasting, according to Steve Pruett, EVP and chief TV development officer at the group.

Taking part in a panel debate on broadcasting in the online video age at the NAB Show, Pruett said that Sinclair, one of the largest US local broadcasting groups, could develop its own ‘skinny bundle’ offering once it had completed building out its national platform. 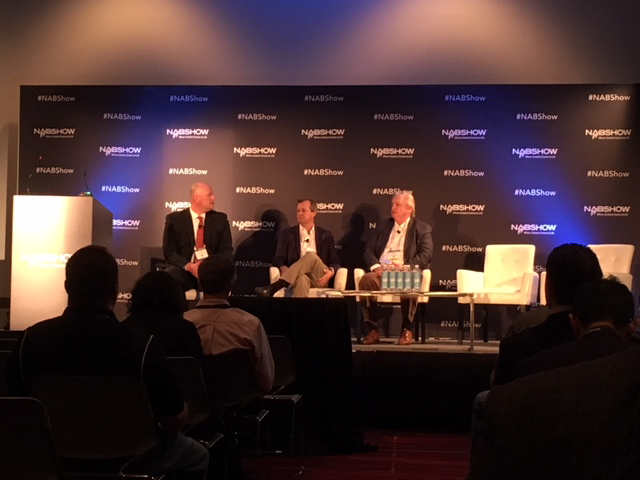 Pruett said that if broadcasters “change our mindsets” and stop viewing themselves as “just broadcasters” they could adapt successfully to a changing media landscape.

Admitting that the development of an online offering was not without its challenges, he said that broadcasters struggled to deliver high CPMs for online advertising.

One option is to develop a subscription service, he said.

“SVOD is intriguing and we all want to go there in some way, but it is a labrynth of rights and a very different business,” he said. However, he said Sinclair had sufficient scale to potentially develop a subscription offering in the years to come. “We feel that the TV station platform will enable us to build successful SVOD businesses in the future,” he said.

Sinclair currently has two digital networks delivering about a million streams a month. Pruett said that the company was now trying to secure online rights for content as a matter of policy. “Everyone who runs a TV station knows you have to find revenues beyond the 30-second spot,” he said.

Pruett said Sinclair “sees news as a content engine” that can serve as a basis for a wider offer. “We are the largest news organisation in the country for sure,” he said.

He said broadcasters nevertheless need to look at how news will be consumed in the future. He said the use of AI and automation to create custom news was one aspect of this.

Taking part in the panel debate alongside Pruett, Drew Marcus, senior advisor, Guggenheim Securities, said that TV station stocks in the US were down 21% this year so far. Entertainment stocks in general were flat, he said. However, broadcast stations were only trading at only 5.7 times free cash-flow, indicating that public markets are concerned about their future.

Marcus said that local stations are likely to join skinny bundles in order to grow a subscriber base as other revenue streams come under growing pressure. Battles over retransmission fees are likely to continue, he said, but consolidation is likely to put pressure on smaller broadcast groups that traditionally have won retransmission battles with smaller cable operators. Marcus said that consolidation among both content suppliers and distributors, along with vertical integration between the two, could further squeeze broadcasters.

Marcus said local broadcasters had to look at what their programming assets are and whether they have ‘must-see TV’. He said that local news and sports would likely remain relevant and that broadcasters had to think about developing apps and bring local branding to those to deliver a compelling experience for consumers. “The world is moving towards subscription,” he said.