Acorn TV, an SVOD service specialising in the distribution of British and international television to the US market, is now available on Xfinity On Demand to Xfinity TV customers in the states. 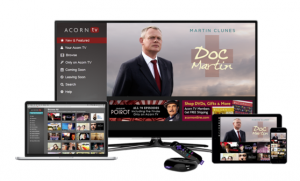 The launch marks the first time Acorn TV, owned by RLJ Entertainment, has been available on an MVPD (multichannel video programming distributor, eg cable) set-top box. The service costs US$4.99 per month.

“Acorn TV is excited to expand our distribution through a partnership with Comcast and to offer Xfinity TV customers the best in British and other English-language drama, comedy, mystery and more from across the globe,” said Mike Pears, RLJE president of US Distribution.

Michael Imbesi, VP, movies & PPV programming for Comcast Cable, added: “The addition of Acorn TV and its curated collection of standout international television provides even more choice to our Xfinity TV customers, giving them another way to watch their favourite series.”

Acorn TV has proved to be a useful way for producers and distributors of English-language content to breaking into the US market. The Xfinity news follows Acorn TV’s recent commission announcements for the straight-to-series order of British drama London Kills and Agatha Raisin, Series 2 as well as a co-production announcement for Aussie comedy Sando and the licensing of No Offence and Jack Irish.

Other key titles available on Acorn TV include BBC comedy Detectorists; the new ITV drama Girlfriends; and the Irish drama Striking Out. The platform also has long-running soft crime series such as Midsomer Murders, Murdoch Mysteries and Brokenwood Mysteries.