ESPN+ to launch next week priced at US$4.99 per-month

ESPN’s new direct-to-consumer offering, ESPN+, is due to launch in the US on April 12, priced at US$4.99 per-month. 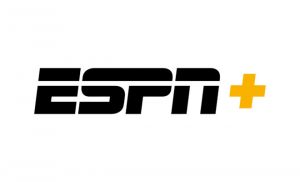 The subscription streaming service will be integrated into a redesigned version of the ESPN App and will also be available online at ESPN.com.

ESPN+ will be powered by BAMTech and will include live sports, original content and a library of on-demand programming.

“ESPN was built on a belief in innovation and the powerful connection between sports and a remarkable array of fans. That same belief is at the heart of ESPN+ and the new ESPN App,” said James Pitaro, ESPN president and co-chair, Disney Media Networks.

“With ESPN+, fans have access to thousands more live games, world class original programs and on-demand sports content, all at a great price. They will get all of that as a part of a completely re-imagined, increasingly personalised ESPN App that provides easy, one-stop access to everything ESPN offers.”

A separate Disney-branded and BAMTech-powered direct-to-consumer SVOD service, featuring Disney, Pixar, Marvel and Lucasfilm movies, is due to launch in late 2019.