Eurosport CEO Peter Hutton has confirmed his move to Facebook, following reports earlier this year that he was joining the social media giant to help it secure live sports rights. 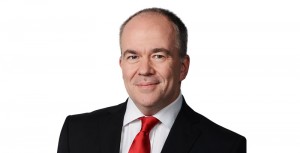 In a post on Facebook, Hutton said that he is joining the company as director of global live sports partnerships and programming, based in Menlo Park, California.

“I’ve thoroughly enjoyed my three years with Eurosport, an incredible experience with some brilliant people, both in Paris and in the wider Discovery family,” said Hutton.

“However, the potential to work with Facebook to help the team and its partners unlock the power of live sports is too good an opportunity to turn down.”

Hutton will work in the team that is led by head of global sports partnerships, Dan Reed, who joined Facebook in 2014 having formerly worked as president of the NBA Development League.

Discovery recruited Peter Hutton to run Eurosport in January 2015. He joined from sports rights agency MP & Silva Group where he was co-CEO.

Confirmation of Hutton’s new role comes in the same month that Facebook struck a deal with Major League Baseball (MLB) to exclusively stream one live weekday afternoon game per week in the US on its Facebook Watch platform.

News of Hutton’s move to Silicon Valley was reported first by the Guardian in January.