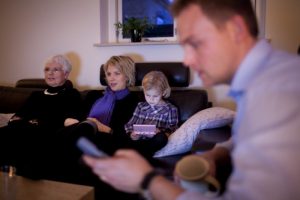 Danish telco TDC’s YouSee cable arm has teamed up with national commercial broadcaster TV2 is provide 4K UHD coverage of the national team’s first fixture in the forthcoming World Cup final in Russia following its rollout of the first 4K set-tops to its base in January.

The Denmark v Peru match in Saransk on June 16 will be aired in 4K for YouSee cable subscribers via a dedicated 4K channel to highlight the benefits of the technology.

TDC has teamed up with TV2 to launch the channel to cover World Cup finals. All World Cup matches from Russia broadcast on TV2 will be aired in 4K UHD and HDR.

The 4K channel will be available at no extra charge to YouSee subscribers with a 4K box. The box itself is available for a monthly fee of DKK30.

Jacob Mortensen, director of TV at YouSee, said that the operator would use the channel to discover the “best quality the World Cup has ever been seen in” and would provide a “taste of the high image quality” that 4K could provide.