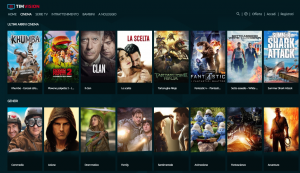 The first title to be aired from today is SKAM Italia, an Italian version of the cult Norwegian teen drama first aired by NRK, to be followed shortly by Dark Polo Gang – The Series.

These will be followed up with high-end drama L’Amica Geniale (My Brilliant Friend), based on the Elena Ferrante novel, an HBO, Rai Fiction and TIMVision series produced by Lorenzo Mieli and Mario Gianani for Wildside and by Domenico Procacci for Fandango, in co-production with Umedia Production.

TIMVision is the exclusive producer in Italy of SKAM, which is being made in a number of countries across Europe. Dark Polo Gang is a docu-series on the band of the same name, co-produced with Oplon Film in association with Ringo Film.

TIMVision said it would also participate in film production. The first title will be Ride, an action thriller about the extreme sports world, and Manuel, the first work by director Dario Albertini, co-produced with Bibi Film.

The streaming unit said it had further international movie and TV series projects in the pipeline.

“These original productions and co-productions developed with leading players enhance our TIMVision offer in a distinctive manner, offering outstanding national and international contents, as well as using new languages and viewing methods, such as the web and social networks, made by young authors and directors for young people,” said Daniela Biscarini, head of multimedia entertainment and consumer digital services at TIM.

“We are strongly convinced that developing entertainment services for the new digital platforms is one of the key drivers of our business”.