T-Mobile Netherlands to shut down Knippr

T-Mobile Netherlands has announced plans to shut down its mobile-first over-the-top TV service Knippr on June 1, two years after it launched. 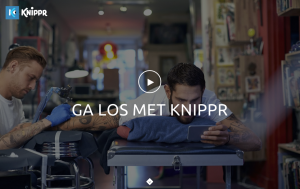 In a post on the Knippr site, T-Mobile said that the success of a service like Knippr relies on scale, which it has not yet achieved and will not be able to realise “within a reasonable period of time”.

T-Mobile said that while the over-the-top TV market continues to win viewer acceptance, the costs for exclusive content are high, making it difficult to continue to offer a standalone TV service at a competitive price.

“We have seen that there is potential for this unique way of watching TV,” said T-Mobile’s director of consumer marketing, Tisha van Lammeren.

“As with many start-ups, you learn by doing and you sometimes come to the conclusion that you have entered the market too early for the general public. With Knippr we are still addressing too small a target group at the moment.”

“We still believe in a-la-carte OTT TV services, but in order to safeguard our competitive position we have to offer it in a more traditional, or bundled form.”

Knippr went live in June 2016, offering a range of Dutch TV channels and on-demand offerings to viewers as an alternative to cable and pay TV offerings.

The service was designed to offer a different way of viewing for consumers frustrated with obligations to sign up to big basic packages, bundled offerings and long-term contracts.