YouTube is reportedly planning to up the number of ads that heavy music listeners are served between music videos. 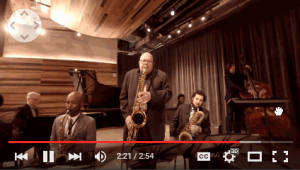 According to a Bloomberg report, YouTube will make the move in an effort to push people who use YouTube like a music streaming service to pay for its new premium music offering.

“There’s a lot more people in our funnel that we can frustrate and seduce to become subscribers,” YouTube’s global head of music Lyor Cohen, said in an interview with Bloomberg.

He reportedly said the changes will help YouTube in its efforts to be “good partners” to the music industry.

The news came weeks after YouTube CEO Susan Wojcicki said that YouTube Red is due to be rolled out to around 100 countries this year.

A YouTube spokesperson told DTVE: “Our top priority at YouTube is to deliver a great user experience and that includes ensuring users do not encounter excessive ad loads. We do not seek to specifically increase ad loads across YouTube. For a specific subset of users who use YouTube like a paid music service today – and would benefit most from additional features –  we may show more ads or promotional prompts to upsell to our paid service.”