Best-of-the-web channel QYou Media is making its debut in the UK as part of rail and coach passenger infotainment provider GoMedia’s offering. 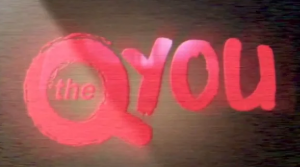 The shows will feature a selection of short-form videos covering music, dance, comedy, sports and stunts as well as travel clips. The on-demand content will be ad-supported on service provider platforms, providing an opportunity for rail and coach companies to create new revenue streams from passenger transit, according to the pair.

“Over a billion train journeys are made in the UK each year, and an increasing number of passengers are bringing their own devices on board and using these to plug into entertainment to keep them occupied while on-the-go,” said Roger Matthews, managing director of GoMedia.

“These BYOD passengers are fueling the demand for more high quality on-board entertainment, centred around their tastes and packaged as part of their ticket. QYou’s programming features some of the world’s most talented digital-first creatives, making it perfect for passengers that want the latest must-see content to keep them entertained on their journey, which is why GoMedia chose to work with them.”

Curt Marvis, CEO and co-founder of QYou Media, said`; “The quality and availability of on-board entertainment offers a competitive advantage for service operators. QYou programming is already enjoyed by airline passengers across Europe, so we aree xcited to now bring our content to train and coach passengers too. With younger audiences always on the lookout for the moste xciting video content online whenever and wherever they are, there’s a huge opportunity for the major sea, rail, and coach travel companies to bring this to customers to enhance the travel experience and increase monetization potential.”