Consumer tech giant Apple is not looking to buy Netflix or The Walt Disney Company, according to senior company exec Eddy Cue. 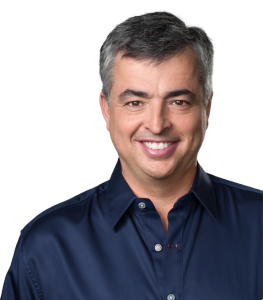 Speaking at SXSW in Austin, Texas yesterday, Apple’s senior VP of internet software and services would not be “throwing things up against the wall” to establish its video strategy.

After launching unscripted series Planet of the Apps and Carpool Karaoke to little fanfare, it hired has hired the likes of Jamie Erlicht, Zack Van Amburg, Jay Hunt and Angélica Guerra to spearhead a major push into expensive dramas. It has since ordered series from Reese Witherspoon, M. Night Shyamalan and Ronald D. Moore among others.

The main question for the TV industry and consumers has been where these shows will act be available from – besides its Apple TV sets, which do not huge market penetration, and streaming service Apple Music, the shows have no clear route to paying customers.

However, Netflix or Disney’s new streaming service will not be the answer, claimed Cue.

He added that Apple was “making big investments”, but said: “It’s about finding the right ones”.

“Generally, in the history of Apple, we haven’t made huge acquisitions,” he said. “The reason we haven’t done that is the old [Wayne] Gretzky quote: ‘Skate to where the puck’s going, not where it is’.”

Cue said that not all of Apple’s original programming would be successful, but would “stand out” when compared with streaming rivals such as Netflix and Amazon.

Apple’ key advantage, Cue claimed, is that it produces owns both the hardware and software that its programming will go out through. “There are ways to leverage the technology to make the viewing experience even better,” he added.

On the original programming front, Cue said Apple’s approach was Pixar-like, meaning quality over quantity, and that the worldwide TV video unit now has around 40 staff members.

This week Apple announced it was buying Texture, a company described as ‘the Netflix of magazines’.