Barack Obama in talks with Netflix

Former US President Barack Obama is set to produce a series of high-profile series for SVOD service Netflix, according to reports. 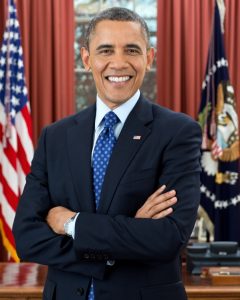 According to the New York Times citing people familiar with the situation, Obama is in “advanced negotiations” with the streamer.

Signing a former president would arguably be Netflix’s biggest ever coup, eclipsing big bucks agreements with the likes of Shonda Rhimes and Ryan Murphy.

Execs from Apple and Amazon are also believed to be interested in a deal.

The deal, which is not yet signed, would see Obama and his wife, former First Lady Michelle Obama, create exclusive shows for Netflix’s international subscriber base.

These would focus on inspiring stories, though the number of shows, episodes per show and formats are undecided.

The NYT reported one show could see Obama moderating conversations about topics such as healthcare, voting rights, immigration and climate change, which polarised opinion about him during his eight-year presidency.

Another could see Mrs. Obama looking at topics such as nutrition, and the pair could reportedly also endorse or outtheir name to Netflix originals and documentaries that showcase their beliefs and values.

“President and Mrs. Obama have always believed in the power of storytelling to inspire,” said Eric Schultz, a senior adviser to the former US leader. “Throughout their lives, they have lifted up stories of people whose efforts to make a difference are quietly changing the world for the better. As they consider their future personal plans, they continue to explore new ways to help others tell and share their stories.”

The former president has close links to Netflix management. One of his former ambassadors his married to Netflix chief content officer Ted Sarandos, while CEO Reed Hastings has attended state dinners when the Democrats were the ruling party in the US.

The current president hosted the first 14 seasons of NBC reality series The Apprentice, and tweeted with glee when the first season with his replacement, former California governor and actor Arnold Schwarzenegger, saw ratings dive. The controversial billionaire has also appeared on flagship WWE wrestling pay-per-view Wrestlemania, in a staged match that saw his chosen fighter beat another representing WWE CEO Vince McMahon, who was then forced to shave his head.

US premium cable network Showtime last year bought TV production rights to a novel writer James Patterson and the 42nd president had co-authored. The novel is set for release this year, with the TV adaptation following