Netflix CEO Reed Hastings has said that Netflix is likely to earn around US$15 billion (€12 billion) in subscription fees this year by holding to its strategy of delivering original content. 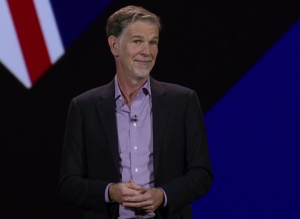 Currently Netflix claims to have 117 million members worldwide and plans to spend $8bn on new original content for 2018.

“Every show, we ask ourselves did we spend the customer’s money well,” Hastings was reported to say.

Hastings also stated that Disney’s latest acquisition of Fox assets does not prove as a threat to the company unless they “slack off”.

In addition, the company head rejected the idea of adding live streams of news and sports to its service like rival Amazon, saying that what Netflix does best is, “providing narrative-driven content such as TV shows and movies.”

Hastings further went on to explain what Netflix considers a good metric for its movies, stating: “We measure [success] directly in viewing and then also how much people watch the whole movie versus drop off.”