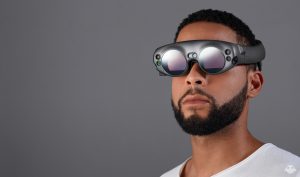 The new funding takes Magic Leap’s Series D round to US$963 million after the company raised US$502 million in equity funding in October, led by Singapore-headquartered investment company Temasek.

“The Magic Leap team and I are happy to welcome The Public Investment Fund and the other new investors to the Magic Leap family. We look forward to having them join us on our journey to build an amazing future,” company CEO Rony Abovitz is quoted as saying.

Last month Magic Leap agreed its first sports partnership with the NBA and Turner, in a move it claimed will usher in “the next generation of sports viewing and interactivity”.

Magic Leap is developing a mixed reality headset, the Magic Leap One, which it has announced but is yet to launch commercially.