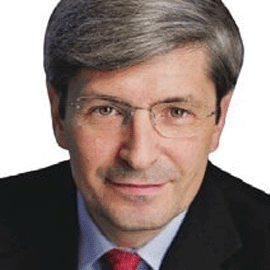 D’Hinnin’s report, which was commissioned last year, is expected to call for ‘virtuous’ subscription video-on-demand services that make a financial contribution to French content contribution to be able to distribute films on their on-demand platforms six months after their theatrical release, against the three years currently required.

According to a report by Le Figaro, all movies windows will be advanced under the proposed new rules.

The current video-on-demand and DVD window will be advanced one month, bringing it down to three months after theatrical release.

The window for pay TV channels that contribute to content creation will, like that of SVOD providers, be advanced to six months.

To qualify, SVOD providers will have to respect French content contribution laws, secure approval from the CSA, pay the content tax administered by film finance body the CNC, strike agreements with copyright bodies and pay a monthly contribution of about €3.50 per subscriber per month.

Canal+ already fulfils these obligations, unlike international VOD providers such as Netflix. SVOD providers that don’t comply with the rules will only secure a six month reduction in the current 36-month window.

Free-to-air channel that respect the rules imposed on them will benefit from a reduction in the movie window from 30 months to 15 months.

The proposed rule changes could be subject to changes if there is significant disagreement from key players. Free-to-air broadcasters are wary of a model that is seen to benefit non-linear consumption at the expense of their linear channels, while Canal+, which stands to benefit from the reduction in the SVOD window, has nevertheless signalled its dissatisfaction with a proposed change that could threaten the future of its linear pay TV channels.

The reform is not expected to bring Netflix and Amazon inside the content creation system, but it’s authors hope to stimulate the entry of new players in the French market by giving services access to content in a more attractive window.

An earlier version of this story incorrectly referred to Dominique D’Hinnin as chief executive of Eutelsat.