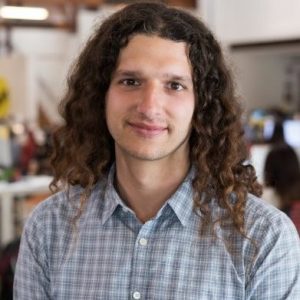 Announcing his move on the social network, Henick said that “Facebook is just setting out on its journey to become a new kind of video platform for the world” and that the opportunity to move there was “too good to pass up”.

He added that he has “always thought of Facebook as a storytelling platform” and believes that “the future of storytelling is social”.

“As media learns to wield the advantages of the digital world, a completely new video experience is emerging on mobile, with a potential for social and interactivity that we’re only beginning to tap,” said Henick.

“I think everyone in the world should be able to touch this experience – whether they want to consume it, create for it or even monetise it – in a singular, unified way. Facebook is in an amazing position to offer that. It’s a clear extension of the company’s mission to bring the world closer together.”

Facebook has made updates to the service recently to priorities personal interactions over posts from businesses, brands and media – a move that caused the time spent on the service to drop 5% in Q4.

Facebook CEO Mark Zuckerberg has said that by focusing on “meaningful interactions” Facebook will offer more value so that its community and business will be stronger over the long term.

Facebook is also pursuing a content strategy with the launch of its Watch video platform last August. This is designed to be destination where users go to view specific videos and interact with a community around that content.

BuzzFeed Studio is the news and viral media site’s Los Angeles-based video production arm, which makes shows and content based on BuzzFeed’s brands and intellectual property.

BuzzFeed is now hiring for a new Studio head who has “great creative leadership and business acumen to take our growing studio business to the next level”.