Portuguese regulator ANACOM has ordered the country’s main telecom operators to change their broadband offerings after ruling that a number of packages that ‘zero rate’ some applications break net neutrality rules.

While the practice of zero rating – exempting applications such as video streaming services from broadband tariffs for example – is not illegal in itself, ANACOM study of Portuguese operators’ practices found that a number of these were in breach of EU telecom single market and roaming rules.

The watchdog homed in on the practice of exempting zero-rated applications from ceilings on data use that lead to blocking of restrictions on traffic from other applications. 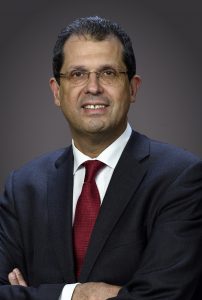 ANACOM also ruled that the operators were in breach of new roaming rules by restricting zero-rated guarantees to Portuguese territory.

The regulator has now given Altice Portugal/Meo, NOS and Vodafone 40 days to change their offers. The watchdog’s draft decision will be submitted to a public consultation, with a first hearing in 25 working days.

Meo, NOS and Vodafone expressed their “perplexity” at the decision, which they said had not been preceded by a prior presentation or discussion. The claimed that the move would “damage the interests of consumers” by banning offerings that were “a response by operators to the needs of consumers”.

The ANACOM ruling concerns six packages apiece offered by Meo and Vodafone, and two from NOS.

ANACOM has admitted that there is inadequate provision in Portuguese law to deal with these infringements. The regulator has proposed a series of amendments to the country’s electronic communications law that ANACOM president João Cadete de Matos told local press should be delivered in the coming weeks.