CNN is more or less immune from the impact of the growth of OTT TV and “has never been more relevant” according to CNN Worldwide president Jeff Zucker. 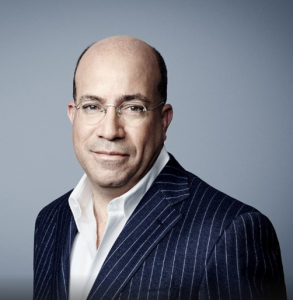 Speaking at Mobile World Congress in Barcelona, Zucker told attendees that CNN and news channels in general are “somewhat immune” from the rise of OTT TV giants like Netflix.

“CNN has never been more relevant,” he said. “The way people consume live news has made use more immune…from OTT…and dwindling cable audiences.”

While admitting that the likes of Amazon, Facebook and others were competing with CNN in some areas such as documentaries, he said that the news cycle, which deals in “immediately perishable” programming, “makes it harder for platforms like that to compete with what we do”.

Zucker said that he did “not know” if the likes of Amazon could eventually compete directly with global news channels. He said that covering the world globally was a very expensive proposition.

Other recently created digital outlets are “all trying to compete with us”, he added. While some of these players have emerged as competitors aiming at younger audiences in particular, CNN’s own audience “has never been stronger”, said Zucker.

“We’ve had tremendous success across each of those areas,” said Zucker. “CNN is a global brand and when something happens people tune into CNN. We don’t care if they tune in on TV or on a mobile device.”

Zucker said that CNN’s strategy “is to tell the truth, and we think there is a good business in that”. Referring to Fox’s plans to launch an ‘opinion-focused’ SVOD service for ‘superfans’ – Fox Nation – he said that “playing to a small subset of a tribal nation with a particular point of view” was not CNN’s way. He said that aiming for a “broad reach” still had room for growth.

Zucker admitted that making more money from news was tougher in the age of Google. “We need good journalism and we need to support that,” he said.

In a reference to the regulatory challenges facing AT&T’s proposed acquisition of CNN’s ultimate owner Time Warner, he also noted that “no-one is looking at the monopolies that are Google and Facebook” – the major disruptors that are blamed for threatening the future of news organisations.