The media and general consumption habits of Generation Z – teenagers and young adults – differ significantly from that of the – now rapidly ageing – millennial generation and require a rethink in terms of how brands can use media to reach them, according to Melanie Mohr, founder of Yeay, a German startup that is attempting to use teenagers themselves to market products to each other. 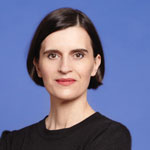 Speaking at Mobile World Congress yesterday, Mohr said that selling products and services to GenZ – 14-22 year-olds – is challenging for brands. Data is scarce as parents often do the purchasing, but 50% of the group influence the purchasing behaviour of their parents, even for products that are not directly marketed to them, according to Mohr.

Teenagers also differ significantly in their own media consumption habits to earlier generations, including Millennials.

“They are barely watching TV any more and there is resistance to branded content on social media,” said Mohr. While millennials use ad blockers on their computers, teenagers, who create video content in their own right, are “very sensitive to inauthenticity” and “block ads in their heads” on their mobile devices, she said.

On the other hand, teenagers “are the natural born recommendation engines for brands”, she said. Some 80% want to express themselves creatively and one in four post original videos weekly. Some 72% want to start a business someday, said Mohr.

Teenagers “want to treat the sales relationship as collaborative”, she said. In addition to creating content they are “great distribution engines” who know instinctively which channels to use and which hashtags to apply, she added.

Mohr said she set Yeay up as “a peer-to-peer recommendation engine” to enable GenZ-ers to create content on their own channels featuring products that are “instantly shoppable” from within the video. Teenagers are “rewarded every time they add a product”.

Mohr said she set up Yeay as a video platform aimed at marketing to teens via digital video in a social space. Teenagers can use their reward points to purchase other products from within the Yeay app. The product is currently out of beta and has signed up a number of brands, she said.