CBS in the US has launched a 24-hour streaming sports news network offering news, highlights and analysis. 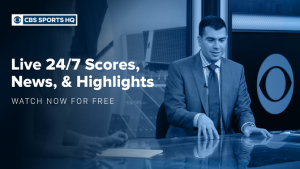 “From CBS All Access to Showtime OTT to CBSN, we are creating best-in-class direct-to-consumer streaming platforms that are positioning us to be leaders in the future of premium content distribution.”

Jim Lanzone, CEO, CBS Interactive and chief digital officer, CBS Corporation, said: “CBS Sports HQ is for fans who want more coverage of the game. Sports fans can now get the news and highlights they want in a true, round-the-clock sportscast on any device, where and when they want.”

At launch, CBS Sports HQ is available on CBSSports.com; the CBS Sports app for connected TV devices including Amazon Fire TV, Apple TV and Roku; the CBS Sports mobile app for iOS and Android; CBSN; and the CBS All Access subscription service.