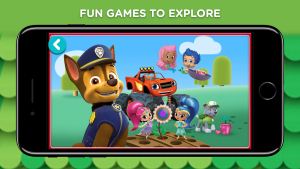 Viacom-owned kids channel Nickelodeon has launched Nick Jr Play, its interactive app aimed at pre-schoolers, outside the US for the first time.

The app, which includes access to Nick Jr. shows, games and music, is now available in the UK and Denmark, with other international markets to follow.

The Nick Jr app has been downloaded 16 million times in the US. Content includes access to full episodes, educational games, original videos and other content. Programmes on the app include AW Patrol, Nella The Princess Knight, Dora the Explorer and Bubble Guppies.

The app is the latest offering from Viacom Play Plex, a suite of mobile apps for each of Viacom’s flagship international brands which include Nick Play, MTV Play, Comedy Central Play and BET Play.

Nick Jr. Play is available for download on iOS and Android, with multi-language support. In Denmark, the app will be available via mobile distribution through partnership with YouSee. The Danish launch offering will also include Nickelodeon Play.

“Nick Jr. Play combines some of preschoolers’ most beloved programming with interactive play that families can do together from the comfort of home,” said Kate Sils, VP multiplatform and brand engagement, Nickelodeon International.

“We’re excited to expand this offering internationally, and invite many more children and parents from across the world to engage and learn with all of their Nick Jr friends while on the go.”