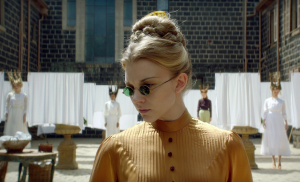 The deal comes months after Deutsche Telekom ordered its first original series, Germanized, a Franco-German coproduction that this week secured Amazon Prime Video as a coproducer.

The platform has already added services such as Netflix and Ultra-HD in recent months following a revamp in 2016 that included seven-day replay functionality.

Picnic at Hanging Rock comes from FremantleMedia Australia and stars Natalie Dormer (Game of Thrones). It is for Australian pay TV service Foxtel.

“This year, our customers can expect to see the miniseries that is receiving a lot of praise from the critics,” said Wolfgang Elsäßer, head of Deutsche Telekom’s TV and entertainment business unit. “The international premiere at the Berlin International Film Festival is a very promising start. We are convinced that the series will be successful in Germany.”

Picnic at Hanging Rock is a reimaging of Joan Lindsay’s novel, which tells the story of the mysterious disappearance of three schoolgirls and their governess on Valentine’s Day in 1900.

Amazon already has rights to the show in the US.