TDC board could drop MTG plans as potential bidder appears

TDC’s board of directors could drop plans to buy MTG’s broadcasting and entertainment business after being approached by a potential bidder for the full company. 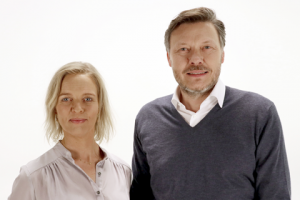 In a statement released this morning TDC said its board “would intend to withdraw its recommendation of the transaction with MTG to combine MTG’s Nordic Entertainment and Studios businesses with TDC if an offer for all shares of TDC is made.”

MTG released a separate statement saying that TDC “intends to withdraw its recommendation of the signed agreement with MTG to combine its Nordic Entertainment and MTG Studios businesses with TDC Group”.

MTG and TDC announced the deal earlier this month, outlining plans to establish a fully converged provider of media and communications services with a footprint extending across Norway, Denmark, Sweden and Finland.

While the two companies stressed the synergies that would result from the deal, investors seemed less convinced as TDC’s share price tumbled following the announcement.

In the wake of this, TDC last week received an indicative takeover bid from a consortium made up of three pension funds – PFA Pension and Forsikringsselskab, PKA and ATP – and Macquarie Infrastructure & Real Assets Europe.

TDC said last week that its board of directors had concluded that the takeover bid was “not in the best interest of TDC’s shareholders and stakeholders and it has been rejected”. It did not reveal details of the offer.

In its statement today, TDC said it has “been approached by a potential bidder for all shares of TDC” and would provide more information as and when received. A spokesperson for the company declined to give more details.

“There can be no certainty that the current discussions will lead to the potential bidder making an offer,” said TDC in its statement.

Kinnevik, which owns 20.0% of the capital and 47.6% of the votes in MTG and had been in favour of the TDC deal, released a statement today saying it “notes the announcement by Modern Times Group regarding TDC Group’s board of directors’ intention to withdraw its recommendation of the transaction entailing TDC Group’s acquisition of MTG’s Nordic Entertainment and MTG Studios businesses.”

TDC and MTG said earlier this month that the deal between the two companies would create a first-of-its-kind company in the Nordic market that would combine TDC’s direct-to-consumer offering in mobile, broadband and TV services with MTG Nordics’ production studio, content rights, TV stations and streaming services.

The planned takeover valued MTG’s assets at SEK19.55 billion (€2.0 billion) and was due to give a common parent to well-known regional brands like YouSee, Get, Viasat, TV3 and Viaplay.

Speaking at a press conference earlier this month, MTG executive vice president Anders Jensen addressed a question about TDC’s initial share price drop after the deal was announced by saying: “The fact of the matter is there is no precedent [for this deal]. It is fundamentally new. Something that has not been seen before. At least not in a European and definitely not in a Nordic context.”

Both Jensen and TDC Group CEO Pernille Erenbjerg stressed at the time that that while the value of the merger might not have been clear initially to investors, the companies were confident they could meet and exceed synergy estimates.

Even last week after it received the first indicative takeover offer, TDC said: “We are confident in the stand-alone prospects of TDC and convinced of the incremental value creation potential of the announced combination with MTG’s Nordic Entertainment and Studio division.”