Eurosport has partnered with Facebook to broadcast Winter Olympics highlights and coverage of the games’ opening ceremony on the social network in Europe. 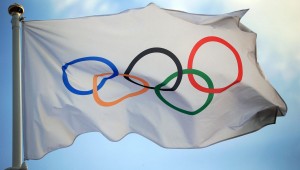 Eurosport said the deal would “amplify” its coverage of the PyeongChang, South Korean games with Facebook users in Germany, Sweden and Norway able to tune in live to its coverage of today’s opening ceremony.

Daily highlights, clips and interviews from Eurosport’s coverage will also be posted throughout the games on Eurosport’s Facebook Page across key European markets – including the UK, Germany, Italy, Sweden and Norway.

Facebook’s head of global sports partnerships, Dan Reed, said: “The Olympics brings communities together like few sporting events can, so we’re excited to partner with Eurosport to enable fans in Europe to watch and connect around the Olympic Winter Games on our platform.”

Eurosport has launched a dedicated mobile digital studio that will move between Olympic venues and will produce social-first shortform clips with athletes, influencers and fans to give a behind-the-scenes glimpse at the Winter Games.

Eurosport has also agreed a content and advertising deal with Snap to bring coverage of the games to Snapchat. Olympic Games Snaps will be created by a dedicated team of editors at Snapchat and will be combined with Discovery-owned Eurosport’s Olympic Games footage.

Overall Eurosport said that its digital platforms will host more than 4,000 hours of coverage and 100 events, including 900 hours of live action from the Winter Olympics. It will deliver live and on-demand coverage of the Olympic Winter Games across all screens in 48 countries.

In the UK and Ireland it is also launching three pop-up TV channels that will run alongside Eurosport 1 and Eurosport 2 to air coverage from the games.