NBC is due to stream one live moment a day to Snapchat users in the US during this month’s Olympic Winter Games from PyeongChang, South Korea. 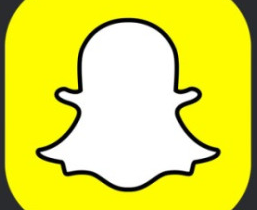 The Snapchat partnership will be the first time that NBC Olympics has ever distributed live Olympic programming off of its own platforms.

It will also mark the debut of Snapchat’s new live feature, with Snapchatters to get access to a key Olympic moment during NBC’s live primetime broadcast each night, allowing them zoom in on different live angles.

“Building off our successful partnership for the Rio Olympics, we’re excited to significantly expand the NBC Olympic experience on Snapchat by delivering even more content and coverage to the platform, including a live look-in on one of the most compelling moments each day during the Games,” said Gary Zenkel, President, NBC Olympics.

Ben Schwerin, Snap’s vice president of partnerships said: “We think Live will offer a great way to watch the moments that matter the most on mobile. NBC Olympics has been a tremendous partner, and we’re so excited to launch this product with them.”

Eurosport also has a partnership in place with Snap to offer user-generated and behind-the-scenes content from PyeongChang to Snapchat users in Europe.