More than a fifth of Netflix subscribers consider the SVOD provider’s original content as “absolutely critical” to their decision to keep using the service, according to The Diffusion Group (TDG). 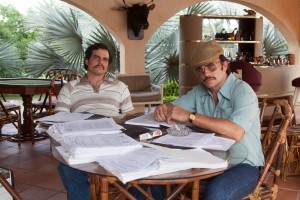 The ‘Big-Three SVOD and the Original Content Arms Race’ report claims that 21.0% of polled Netflix subscribers said its originals were “absolutely critical” and another 40.7% said this content was “very important” for keeping the service.

TDG said that much like HBO decades ago, the big three US subscription video-on-demand providers – Netflix, Hulu and Amazon Prime Video – now have a much better understanding of the limits of licensed content and the benefits of a slate of originals.

“They are looking to grow this share by creating compelling originals that serve both to attract new users and retain existing subscribers even as subscription rates increase.”

“Of course, not all originals find an audience or generate a huge buzz. But when they do, it can change the fortunes of a company. Just look what The Handmaid’s Tale did for Hulu, or what House of Cards did for Netflix.”

TDG predicts that ‘the big three’ SVOD players will triple the amount they invest in originals to US$10 billion annually by 2022.

In its Q4 earnings announcement last week Netflix said that it plans to spend US$7.5-US$8.0 billion on content overall on a P&L basis in 2018.