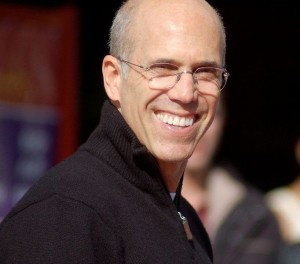 Whitman, currently chief executive and president of Hewlett Packard Enterprise, will now oversee NewTV, which is a subsidiary of WndrCo.

Katzenberg will be chairman of the business, which he claims will bring the “highest quality Hollywood production values and storytelling to mobile, in bite-sized formats of ten minutes or less”.

In that sense, NewTV is comparable to Studio+, the Vivendi-owned mobile-first SVOD service that offers customers high-end, short-form content.

Katzenberg scored a windfall after selling DWA to Comcast for US$3.8 billion in 2016.

He was then named chairman of DreamWorks New Media, which housed Comcast’s investment in AwesomenessTV, but gave up the post to go it alone again.

NewTV’s incoming chief Whitman is well known in US business circles, and has previously run on a Republican ticket to become governor of California.

Besides running Hewlett Packard, she was also president and CEO of online retailer eBay between 1998 and 2008 and has entertainment industry experience through a decade-long spell at The Walt Disney Company.

She also worked for Katzenberg’s DreamWorks and Hasbro, which DWA came close to merging with, during which time she took BBC kids series Teletubbies into the US.

While at Hewlett Packard, she has overseen massive redundancies following a series of failed acquisitions that preceeded her time as CEO, but many commentators consider she has steadied the ship.

“NewTV is one of the most disruptive and timely ideas I’ve come across during my career,” she said. “I share Jeffrey’s vision that top-quality programming tailored to our mobile lifestyles is the next big touchpoint in entertainment.

“Meg is one of the most accomplished and sought-after executives of our time,” said Katzenberg. “She has built and scaled some of the most important global companies today.”

“Her leadership, operational expertise, and deep understanding of technology and consumer behaviour will be invaluable in creating the future of mobile entertainment.”