TV ad spend outweighs online video by a ratio of six to one, but its overall share of advertising fell in 2017 according to WARC data. 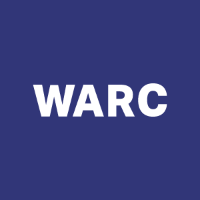 WARC’s latest monthly Global Ad Trends Report said that TV is the largest media channel but is estimated to have registered a 1.4 percentage point dip in 2017.

Nevertheless it took a 36.5% share of the global ad spend total at US$199.5 billion. By contrast the Facebook and Google online ad duopoly accounted for US$133.2 billion in ad dollars.

WARC said that overall global advertising spend rose 3.0% to US$546 billion in 2017, according to projections based on data for 96 markets.

It forecasts global ad growth of 4.7% this year to a total of US$572 billion, boosted by the PyeongChang Winter Olympics, FIFA World Cup, US mid-term elections and reduced dollar volatility in emerging markets.

James McDonald, data editor, WARC, said: “2018 should be a stellar year for global advertising, with ad investment set to grow at its strongest rate since the post recovery years of 2010 and 2011.

“Mobile is now a key driver of global growth, and was the only channel to gain share of spend in 2017 – it now accounts for one in five ad dollars worldwide. Nevertheless, traditional media still attracts 61% of global ad investment, and TV and out of home will be among the main benefactors of increased brand and political campaign spending this year.”