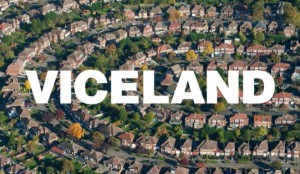 As a result of the termination, Rogers Media has transferred its interest in Vice Studio Canada to Vice Canada, and Viceland will cease broadcasting on 31 March, 2018.

Viceland content will continue to be available to Canadians on Vice.com.

Ryan Archibald, president of Vice Canada, said that “Vice will continue to grow in Canada in 2018″ and that the company would be announcing new partnerships “soon”.

Rogers said in a statement: “In this crowded content universe and as audience habits change, we continue to evolve our strategy to deliver unique content to Canadians.

“Content ownership remains a core part of our strategy and we will be actively exploring new content opportunities that appeal to a broad audience.”

Rogers and Vice initially struck a C$100 million (US$75.77 million) deal in 2014 for the channel and studio to launch where Vice magazine was created in 1994. Since then, Viceland has spread to numerous territories including Israel and Benelux in one of the fastest new network rollouts ever.

Today’s news marks the first time the linear network has been axed since that distribution flurry.