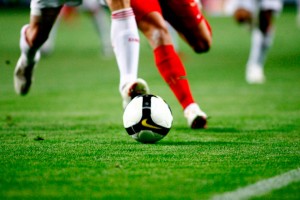 Amazon is likely to win at least one package of English Premier League rights in the auction that opens on February 8, according to media analysts at Berenberg. Berenberg’s telecom analyst team, by contrast, believe that Amazon is unlikely to make a strong bid and that Sky and BT will remain the rights-holders but will pay significantly more for the privilege.

Berenberg’s media analysts believe Amazon will not be willing to let a once-in-three-years opportunity pass by and that the web giant is willing to invest heavily to build a position in the broader video market. The analysts also believe the Premier League will be keen to award one or two minor packages to Amazon to stimulate more competition next time round and force up prices further.

The media team believes Amazon will be keen to acquire rights to differentiate its video offering from that of Netflix and stimulate uptake of its overall Amazon Prime offering in the UK.

The analysts believe that Amazon’s longer-term strategy could involve “paving the way to Prime Video becoming a standalone, fully-fledged proposition for consumers, in the same way that [grocery delivery service] Amazon Fresh is now a separately paid for service”.

They argue that Amazon wants to make money from advertising around video as well as subscription income and that owning premium sports is a good way to help achieve that.

Berenberg’s media analysts – though not its telecom analysts – also believe that breaking even on a sports investment of this type is not a key priority for the internet giant, which is judged by the market on revenue growth rather than earnings per share.

The cost of Premier League rights – particularly for the one or two packages the company is likely to acquire – “pales into insignificance” when set against the scale of Amazon’s global profit and loss, according to Berenberg’s media team.

“We therefore believe that Amazon management is prepared to incur losses on investment in original content if it believes that ultimately this will put it in a better position to take share in the large global market for video programming. Domestic Premier League content only comes up once every three years, and we think Amazon will take advantage of this opportunity, bidding to secure at least one of the packages,” the analysts conclude.

Berenberg assumes Sky will pay 35% more to retain five packages, but that the cost could be higher, and there is a strong possibility that it will not be able to retain all of those rights.

Berenberg’s telecom analyst team meanwhile take a different view, arguing that Amazon is unlikely to bid because “it is hard to make the economic case work for only winning one package” that is likely to be far more costly than any sports rights acquired by Amazon so far.

The telecom team believe that the main competition will be between Sky and BT, and that the most likely outcome is a continuation of the status quo.

The telecom team’s view is closer to that of former Sky executive Mike Darcey, who argued in a column published by DTVE last year that he had “doubts” about Amazon building a viable business model around Premier League rights and also took the view that the most likely loser if Amazon were to bid would be BT.