Europol and the Audiovisual Anti-Piracy Alliance (AAPA) have helped to dismantle an illegal IPTV streaming business following raids in Cyprus, Bulgaria and Greece. 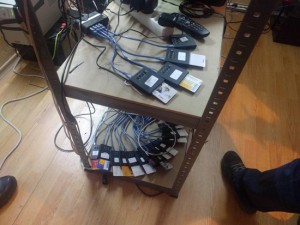 Europol said that four people were arrested and 17 houses searched in a strike against a crime group suspected of hosting a large-scale illegal business, which allegedly distributed Greek, Cypriot and foreign pay TV channels across Europe for as little as €20 per month.

The investigation uncovered machine sites that worked with the central server to relay subscriber channels. Servers used to distribute channels were shut down and IP addresses hosted by a Dutch company were deactivated.

The investigation was led by the Cypriot Police’s intellectual property crime unit, with the help of the Cybercrime Division of the Greek Police, the Dutch Fiscal Investigative and Intelligence Service (FIOD), the Cybercrime Unit of the Bulgarian Police.

The action was also supported by Europol’s Intellectual Property Crime Coordinated Coalition (IPC³) and AAPA members Irdeto, a specialist in digital platform security, and Nova, a provider of home entertainment services in Greece.

“These raids, conducted by local police authorities in collaboration with Europol and our members, show the importance that law enforcement is placing on the issue of IP infringement and represent another step forward in our mission to fight piracy,” said Sheila Cassells, executive director, AAPA.

“AAPA members like Irdeto and Nova are at the forefront of this fight against piracy and we will continue to take measures to support enforcement activities and push for effective and consistent legislation to aid this.”

At the time of going to press neither AAPA, Irdeto nor Europol could confirm to DTVE the name of the service that was subject to the shut-down.