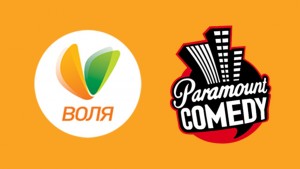 Ukrainian cable operator Volia has added a localised Paramount Comedy to its programming line-up through a partnership with Ukrainian media group 1+1.

The channel is a Ukrainian version of the Comedy Central international channel, the content rights to which are held by 1+1 Media.

Viktoriya Tsomaya, Volia’s director of marketing, said that the operator’s collaboration with 1+1 enhanced the operator’s ability to offer high-quality content to its users.

Okana Petryshyn, general producer of Paramount Comedy Ukraine, said that the deal demonstrated Volia’s commitment to quality content and said she was confident the cooperation between the pair would be for the long term.