T-Mobile Austria has agreed to buy Liberty Global-owned cable operator UPC Austria for an enterprise value of €1.9 billion, in a deal that will transform it from a mobile to a quad-play provider. 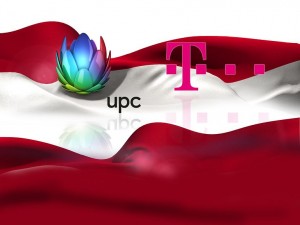 The agreement, which was announced before Christmas, will see the Deutsche Telekom-owned mobile operator take on incumbent operator A1 Telekom Austria as a converged provider of broadband, mobile and fixed communications, TV and entertainment products.

Liberty Global CEO Mike Fries said the transaction highlights the “significant synergies inherent in fixed-mobile mergers” as well as the value of its fibre-rich networks.

“We have operated in Austria for over 20 years and are extremely proud of the market-leading position we’ve built in both digital video and super-fast broadband,” said Fries.

“Looking forward, we believe the combination of UPC Austria and T-Mobile Austria will provide the national scale necessary to compete with larger companies like A1, and provide residential and business consumers with the highest quality services at the best price.”

Srini Gopalan, board member of Deutsche Telekom for Europe, described the deal as “another major step” in the company’s strategy to become a fully converged operator in its European footprint.

“The acquired cable network will be a perfect match with our best mobile network,” said Gopalan. “It will allow customers to benefit from extended scope of services with fixed and mobile offerings from one source. We see a significant potential to accelerate growth in the Austrian market.”

The deal came in the same month that Deutsche Telekom agreed to acquire telecoms operator Tele2 Netherlands. IHS senior research analyst James Joiner said that Deutsche Telekom’s rational for both deals is to “offer converged bundles of fixed broadband and mobile services across its European operations”.

“Deutsche Telekom’s convergence strategy has been relatively successful in Germany with 18% of fixed broadband households subscribed to its MagentaEINS converged bundles, which launched in April 2014,” said Joiner.

“Deutsche Telekom has been rational in its approach to convergence in Germany, opting against using aggressive discounts to drive take-up of converged bundles, a tactic used by operators in France and Spain several years ago. IHS Markit expects Deutsche Telekom to continue its rational approach in Austria, where mobile prices are already low compared with the rest of Western Europe.”

Fries, speaking at the UBS Annual Global Media and Communications conference at the end of last year, was asked about reports of a potential sale of Liberty’s Swiss and Austrian businesses. He distinguished between the two, which had been grouped together under a single management structure. Fries said the Swiss unit reached 70% of the market and is “a nice asset”. However, he said it was more difficult to see how to scale up the Austrian business and said that the Austrian and Swiss businesses were only integrated at top-level management layer.

The transaction, which is subject to approval by the relevant competition authorities, is expected to close in the second half of 2018.