Sky-backed US set-top box start-up, Caavo, is due to launch the first 5,000 units of its unified home entertainment box in February 2018. 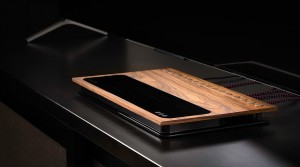 The release will come a year after Caavo unveiled its set-top box design at the Code Media Conference in California this February and follows more than two years of development.

Caavo announced news of the launch as it confirmed that Time Warner Investments and Lauder Partners have joined as investors, closing a US$17.5 million round of Series B funding.

They join existing backers DCM Ventures, Greylock Partners, Hearst, Silicon Valley Bank and Sky, the latter of which invested US$2 million in Caavo in 2016 when it was still a stealth startup.

Caavo had initially planned to launch its first batch of set-top boxes this autumn and has so far only released devices to some 300 beta testers, who have helped to “define core features and fine-tune the Caavo experience”.

Cavo said it aims to make it easy for users to access content by unifying devices, services and apps. Users can plug cable, satellite, streaming boxes and sticks, gaming consoles, DVD and Blu-ray players into the Caavo device and use its platform and universal remote to navigate to programmes.

“Caavo is different. We think being content agnostic is important,” said the company in a blog post. “Because Caavo doesn’t run any apps or produce content, we’re in a unique position to unify TV, rather than consolidate it. Ultimately, this creates more choice, allowing everyone to watch TV the way they want.”

Caavo was co-founded in 2015 by late Slingbox founder Blake Krikorian and tech veterans Andrew Einaudi, Ashish Aggarwal and Vinod Gopinath. Einaudi is company CEO and previously worked at Microsoft on the Xbox team that launched the Xbox One.

Krikorian died unexpectedly last year aged 48. He first developed the Slingbox TV streaming media device with his brother Jason Krikorian in 2002 and sold the business to Echostar in 2007.