M6 has invested in a new digital terrestrial TV (DTT) station that is due to launch in the Ivory Coast in 2018 called Life TV. 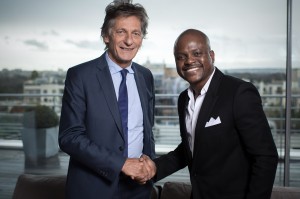 Life TV will be a general interest channel with a varied programme schedule spanning entertainment, news, films and talk-shows.

The channel will broadcast local content, produced in-house in a new production studio, as well as programmes from the M6 Group library.

M6 has acquired a 33% stake of Life TV and will collaborate on the project with Fabrice Sawegnon, CEO of Ivory Coast communications company, Voodoo Group.

Vincent Broussard, who has led several television channels in France, including Teva, TF6 and Serieclub, will be CEO of Life TV.

“By joining forces with Fabrice Sawegnon, founder of Voodoo Group, with this equity investment the group is entering Africa via an Ivorian market poised for significant growth and confirms its position as a major player in French-speaking TV,” said M6 in a statement.

“This agreement is in line with the proactive policy of risk taking and innovation implemented by M6 Group since its creation.”